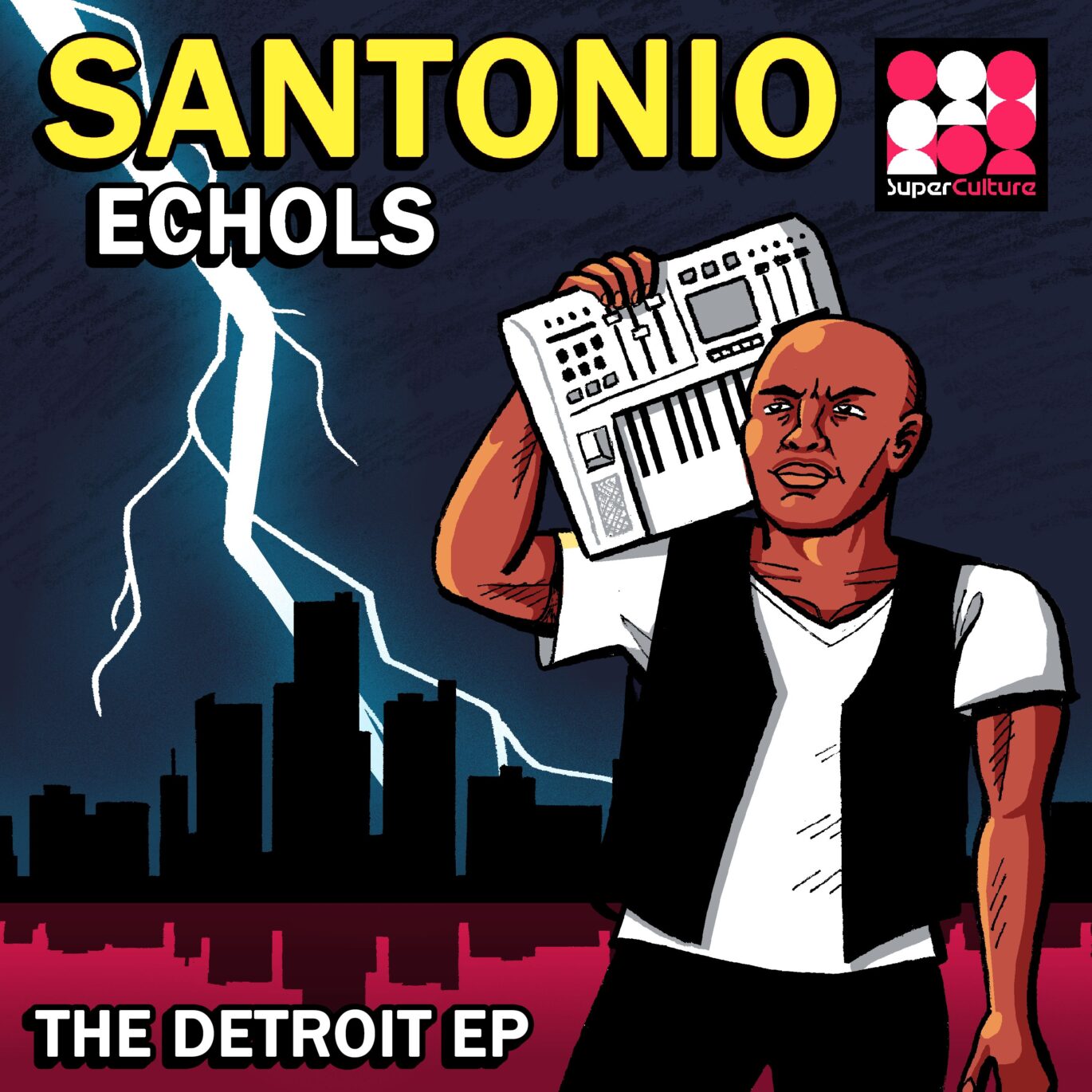 Super Culture maintains their high standards with their third release, a deep dancefloor EP from revered Detroit pioneer Santonio Echols. Best known for his partnership Reese & Santonio that helped lay the foundations of techno and house in ‘87-’89 with timeless releases like ‘The Sound / This Is How To Play Our Music’ and ‘Bounce Your Body to the Box’. On remix duties is label head, Will B.

The Detroit EP lives up to its name, walking the line between house and techno and taking in several facets of the Detroit sound. Ranging from ‘Jazztrac’, a deep late night groover that blends a rolling bassline and jazzy keys with tough beats; ‘Elements of Demension’, a heavy 4am warehouse style track; and finishing off with ‘The Sanctuary’, a no prisoners taken peak time banger. Will’s Super Culture remix of ‘The Sanctuary’ moves into more housey territory while retaining the essence of the original.

Santonio has a list too long to name of people he thanks keeping him committed to the dream and reminding him to never give up, however he would be remiss to not recognize the loving support of his wife and children, as well friends in music and life including Blake Baxter, Eddie Fowlkes and his brother Duane Evans.

Super Culture is helmed by Will B, best known for setting up the infamous Need2Know after-hours club and the long running Secretsundaze. In the mid 2000s he launched the Latenite Productions label, known for its cult ‘Between The Thin Line’ album release with remixes from heavyweights Ron Trent, John Ciafone and Mr G.