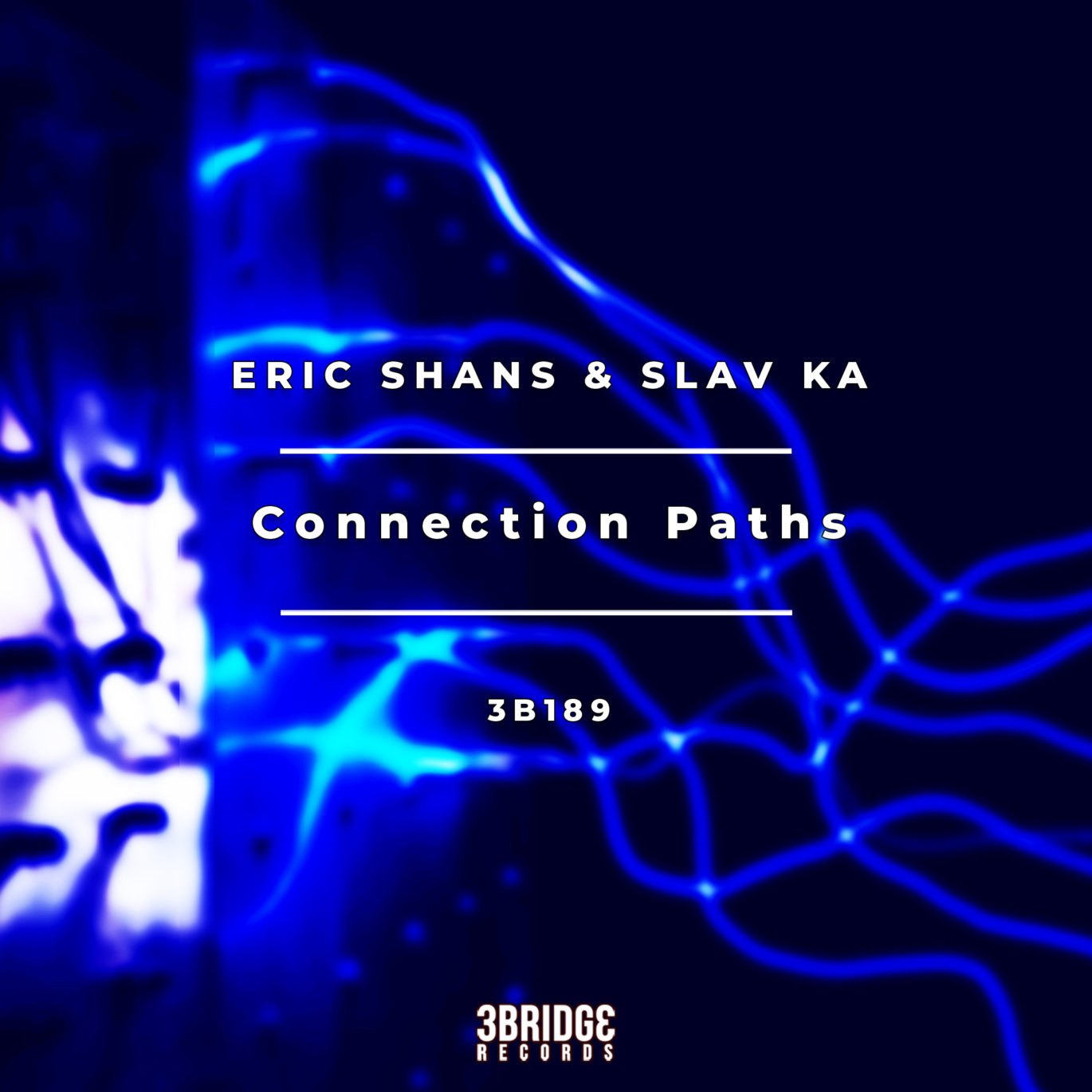 For the 2nd release of 2019 on the label, we present to you label head Eric Shans teaming up again with Slav Ka (aka Slava Malkin) for a great EP on the techno end of the spectrum called ‘Connection Paths’. It takes Eric’s melodic sensibilities & affection for groovy, delicious beats along with Slav Ka’s razor sharp aural design, tweaked out soundscapes, and heady percussive workouts.

‘Flashpoint’ kicks things off and it’s a stormer of a track. A heavy kick drum and whip snares pound away, while deep dubbed chords stab rhythmically and acidic riffs cut in and out of the mix. It’s meant for that peak hour when people are sweatily dancing and smoke machines engulf the shadows. This one will surely stir up the energy on any given night.‘Red Moon’ dials this energy down just a little but it’s no less captivating. Sci-fi sounds weave in between the minimal techno style beats, while big pads come later on launching the track into orbit, as if you were drifting away from planet earth into unknown and uncharted territory.

‘Receptors’ is hypnotic tech at its finest. Densely layered synth sounds create a thick atmosphere, often filtering in and out and morphing, while shuffling drum patterns glue the pieces together. It’s dark stuff without being brooding, a perfect backdrop to a dimly lit sky while the stars breathe in the distance, or an after hours room for the true music heads.

Connect your paths with this stunner of an EP.