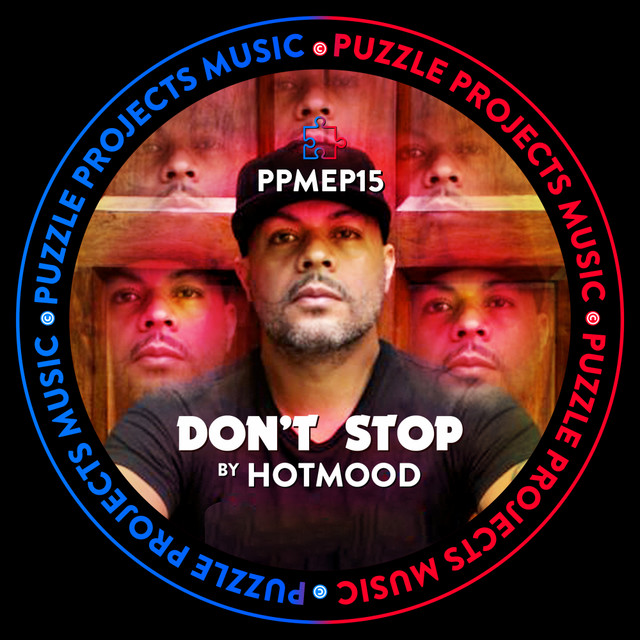 Label boss Ben Spalding welcomes back Hotmood to the label immediately after his critically acclaimed Let’s Do It EP release with Parisian FunkeeSounds in April.

This time he teams up with Katorzi – another one of the rising stars on PuzzleProjectsMusic.

‘Don’t Stop’ is pure, undiluted funk for the soul. Hotmood’s ability to compose individual layers of instrumentation that mimic the sound of a full band is unparalleled. The groovy bass joins forces with a wind section, wah-wah guitars and violins. all the groovy goodness. The progression is second to none, taking us deeper and deeper into the funk. On the flip side, Katorzi steps up to rework Hotmood’s original. The percussion really sets this cut off, while the bassline is so funky even Rick James would be envious. Like Hotmood’s version, this cut strikes a balance between the hypnotic rhythm of disco and straight-up funkadelia. The vocal clip exclaims ‘Don’t Stop’ repeatedly and you can’t help but feel as though it’s an order to keep on dancing until the break of dawn. Real funk from the heart from two gifted producers who have an acute understanding of the original sound, bringing it up to date for the 21st Century with nothing but respect for the roots. Stay locked in for the next release on PuzzleProjectsMusic – an EP titled ‘The Assessment’ featuring an all-star cast of Jose Dicaro, Flavio MP & Ben Spalding.