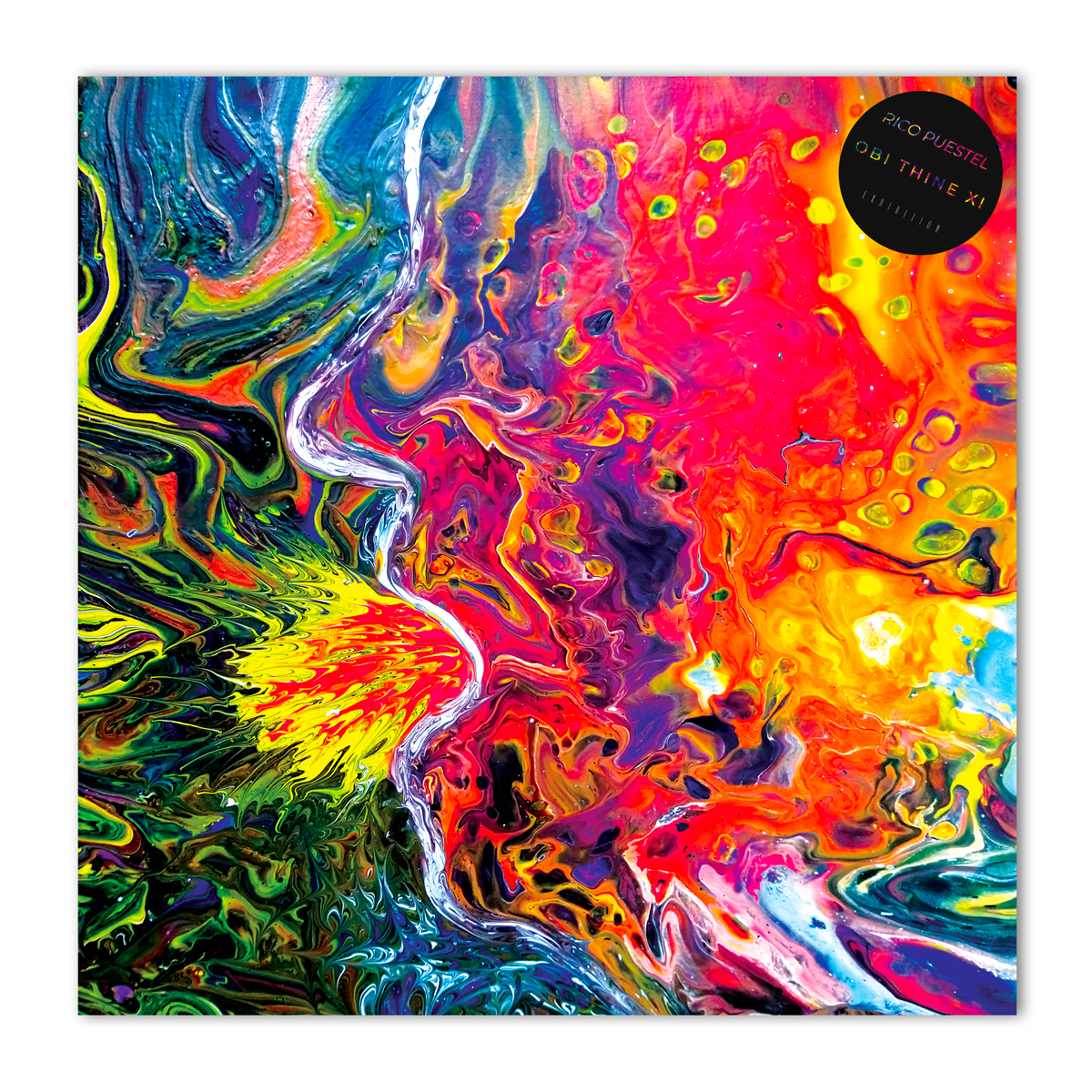 With its first track produced in early 2017 (that crowds worldwide were listening to already in 2018), the OBI THINE XI album by RICO PUESTEL took up the time of 4 years to become the wild-at-heart ride at hand

The fantasy concept of OBI THINE XI (based on an anagram of the label name EXHIBITION) tells stories from a wonderous kind of holistic place in space with two dualistic layers and velocities of perception present.

On the one side of SPACE, the main plot is based on the idea of an exhibition-walkthrough, representing the culmination of the EXHIBITION label itself. Throughout these acts of promenading from exhibit to exhibit, the journey passes different angles of RICO PUESTEL’s musical mindset from the uniquely designed depths of OBI XI or RITUALIST to the blunt uplifts like MODEST or ID (a cooperation with scene-bedrock Tom Wax), finally peaking with the retro-game styled melodies of THINE that close this primal arc.

On the other side of TIME, there’s a 12“-exclusive mini-album within the album itself that pays tribute to the vinyl record (and all of its fans) with four tracks at the end of each side, telling tales at their own pace and reflecting their perspective on the main course of the album like reflective and feverish dreamscapes from places without any conception of time.
The union of both layers merges the dualism of space and time, demonstrating the wayward ideas and musical excesses of RICO PUESTEL when it comes to his grasp and definition of Techno music and beyond – you gotta say yes to this excess…